At Zacks Eye Clinic in central London our Optometrists can test for colour vision deficiency or ‘colour blindness’ and provide advice on treatment with Chromagen lenses. Chromagen lens filters work by changing the wavelength of each colour going into one or both eyes, which enhances colour perception and colour discrimination. They can be worn discretely as soft contact lenses or made up as glasses. 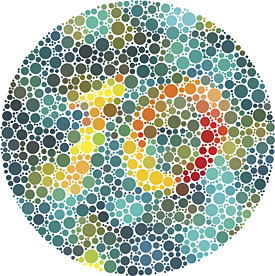 Colour vision deficiency affects approximately one in 20 men, and is far less common in women, with only one in 200 women affected. In most cases the condition is inherited, although you can develop a colour deficiency as a result of a pre-existing condition or as a side effect of a medicine you may be taking.