At Zacks Eye Clinic in central London (W1) we often find that patients with dyslexia present with symptoms of eye strain or headaches produced by visual distortions such as movement, fading or blurring of print. The ‘Zacks London’ dyslexia eye sight test  includes a full optometric examination to ensure that the symptoms are not attributable to other problems within the visual system such as uncorrected refractive error or undiagnosed pathology. Several additional eye sight tests are performed to assess visual problems commonly associated with dyslexia and other learning difficulties such as weakness in focusing or binocular control as well as the effect of colour tints on reading speed. 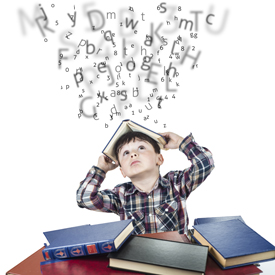 No correlation has been found between pathology and dyslexia but cases have been reported where visual symptoms associated with eye disease have been mistakenly assumed by the patients to relate to dyslexia.

Research has shown correlations between binocular vision disorders and specific learning difficulties (particularly dyslexia). Most common eye sight problems involve focussing close up (accommodation), changing the position of focus or moving the eyes in and out so that they are well aligned. Exercises and spectacles can be used to treat most of these conditions.

Placebo controlled studies have shown that some patients with Meares-Irlen Syndrome (scotopic sensitivity syndrome) benefit from a colour tint. The tint is specific for each individual. The symptoms of Meares Irlen syndrome are easily confused with those arising from the conditions outlined above so refractive errors and binocular or accommodative abnormalities are treated first. Chromagen tints may be incorporated into spectacles or contact lenses or coloured overlays can be given. 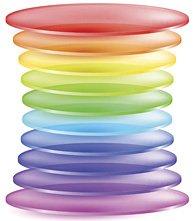 The initial dyslexia eye sight test usually takes at least one hour. The patient is given a copy of their spectacle prescription, advice on useful exercises and if necessary a coloured overlay. A second consultation may be recommended a few months later to review progress. Tinted lenses or contact lenses can be prescribed if a significant improvement in reading is found using a coloured overlay.

Scroll back to top
MAKE AN APPOINTMENT