Tom Ford is among the most highly respected and successful spectacle frame designers today. Often known for his suggestive adverts and his provocative methods of marketing, the brand has a highly alluring quality.  Tom Ford’s rise in fashion began in 1994, when he became creative director of the Gucci brand reviving it with his charming signature combination of sensuality and mystique.

In April 2005, Tom Ford announced the creation of his new brand. The hugely successful collection of Tom Ford glasses frames and Tom Ford sunglasses followed soon after in 2006 and radiated the skills and reputation he had built.

The style and finish of each spectacle frame is superbly handmade in Italy with almost all glasses frames bearing the subtle trademark horizontal “T” that runs from either side of the front of the frames and extends down the frame arms.

Tom Ford Glasses frames and Tom Ford Sunglasses are widely recognised today as some of the most popular and glamorous eyewear collections in the world. A plethora of A list celebrities including Brad Pitt, Daniel Craig and Angelina Jolie to name a few have been seen to adorn them.

Tom Ford’s success has been recognized by copious awards including: five awards from the prestigious Council of Fashion Designers of America (CFDA, four VH-1/ Vogue Fashion Awards and two ACE awards from the US Accessory Council with one of those in 2006 in recognition of his brand new line of sunglasses. Following this he has notched up an abundance of other awards over the years including Elle UK’s International Designer of the Year.

The latest Tom Ford glasses frames collection come in a combination of metal and acetate styles, designed for both men and women;  The collection includes new versions of the best-selling sunglasses and new spectacle frame styles that transform vintage-inspired glasses shapes into ultra-modern colours and silhouettes.The frame collections have a fantastic diversity of shapes to suit everyone including geek glasses, round eye glasses frames, cat eye glasses frames, Aviators, Wayfarers and Clubmasters.

If you would like to have your prescription lenses glazed in to a Tom Ford spectacle frame or sunglasses frame then please make an appointment with one of our dispensing opticians at the practice in central London (Warren Street,Fitzrovia London W1T 5NF) For more information on Tom Ford glasses frames and sunglasses, or if you would like us to order you a frame that you don’t see on our website then then please contact us or phone 020 7713 7713. 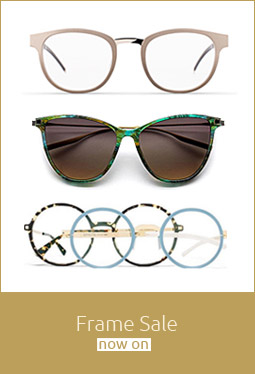